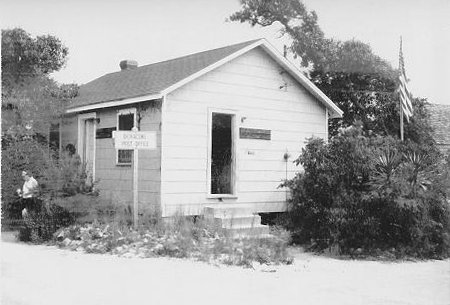 It was not until August 21, 1840 that a post office was established on Ocracoke Island. This was the first Post Office on the Outer Banks of North Carolina.  For the next sixty years the post office was located in successive postmasters’ homes or in one of the village’s general stores.

In spite of federal oversight of mail delivery, service on isolated Ocracoke Island was often unreliable. Storms, hurricanes, fog, and ice, as well as human error contributed to delays. In 1899 mail was brought to the island no more than three times per week. It was carried on sailing vessels, typically sloops or “bugeyes,” (two masted schooners with raked masts, a covered deck, and a small cabin aft of the main mast).  As late as 1938, the 42 foot Aleta, powered by a 40 horsepower diesel engine carried mail to the island. By 1945 a dock had been built at the post office, where the Aleta now tied up. Villagers gathered for the daily arrival of the mail boat, waiting for the mail to be sorted and distributed.

The beginning of the twentieth century ushered in a new era for post offices on the Outer Banks. On October 21, 1902 postmaster Thomas Wallace (“Mr. Tommy”) Howard  built the first of Ocracoke’s four dedicated post office buildings. As mail was also carried back and forth between Hatteras and Ocracoke, Mr. Tommy, would pole a skiff thirty miles to Avon once a week to pick up mail and passengers.

In 1964 the postal service finally decided that an Ocracoke mail boat was no longer required and the beloved Aleta retired from service. Henceforth all US mail was trucked to Ocracoke from the north.

Twelve years later the Post Office Department determined that the building was obsolete and it was  eventually moved closer to Silver Lake to serve as a gift shop. A new brick post office with 1000 square feet of interior space and 464 lock boxes was constructed. More than twice the size of the 1952 building, it included a service lobby, a lock box lobby, work area, two bathrooms, and a concrete slab adjacent to the rear door. A small paved parking area connected the post office with NC Hwy 12.

Once again, the town outgrew its post office and the1966 brick building was converted to a motel office and gift shop.

Around Creek Next Stop – Village Craftsmen 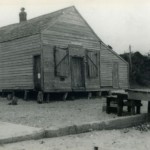 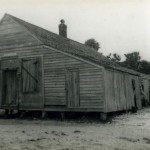 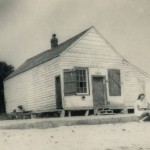 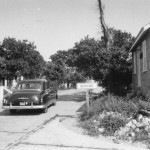 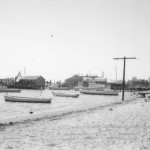 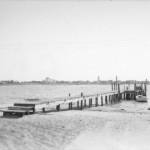 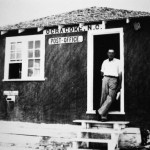 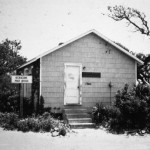