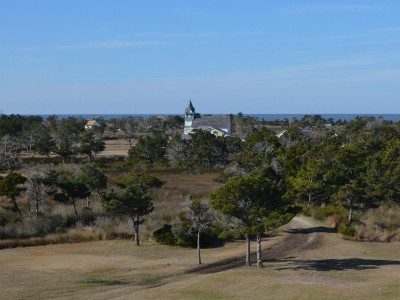 Portsmouth, established in 1753, was a thriving port village in the late eighteenth and early nineteenth century. Because of its proximity to Ocracoke Inlet, Portsmouth was the center of piloting and lightering (the process of unloading cargo from larger vessels to smaller vessels in order to be able to navigate shallower waters) in North Carolina. After its establishment, the population grew quickly, becoming the biggest Outer Banks settlement by 1770. The census in 1860 listed 685 residents of the island, the largest number ever living on Portsmouth.

On July 11, 1813 British forces invaded Ocracoke and Portsmouth islands. Their intent was to blockade Ocracoke Inlet, thereby preventing seagoing vessels from reaching the mainland ports of North Carolina. British sentinels were stationed throughout the villages and money was offered to residents for provisions. At least one man from Portsmouth, attempting to escape with his family, was killed.

In 1842, over 1,400 vessels and two-thirds of North Carolina’s exports passed through Ocracoke Inlet. With the opening of Hatteras Inlet by a hurricane in 1846, Portsmouth’s population began a steady decline. When the island’s last male resident, Henry Pigott, died in 1971, the remaining two residents left. The island has had no permanent residents since then.

Each building on Portsmouth has its own interesting history. The original Portsmouth Island church was destroyed in the 1899 hurricane, and two other churches were built; the one that exists today was built in 1914. At one point in the island’s history, both a Methodist and Primitive Baptist church existed; however, both were destroyed in a storm. The Post Office was built in 1940 and served not only as a post office, but also as a social gathering place and general store. It closed in 1959.

There was also a marine hospital on the island. Although this hospital did not open until 1847, the government signed a contract in 1828 with Dr. John W. Potts to establish it. This was the first hospital in North Carolina, meaning it was the first building specifically designed to be a hospital in the state. Plans were made to shift the primary marine hospital from Portsmouth to Wilmington, and the future of the Portsmouth hospital was unclear. During the Civil War, the building served as a camp (barracks and base) for Confederate soldiers. This camp’s purpose, along with Fort Ocracoke, was to protect Ocracoke Inlet.

Today there are only about 20 buildings remaining on Portsmouth. The buildings are now managed and maintained by the National Park Service. A visit to Portsmouth will carry you back in time to the 1950s for a glimpse into Outer Banks life before paved roads, ferries, bridges, electricity, municipal water, and the Internet. 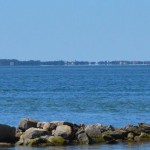 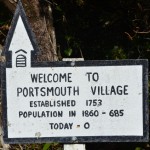 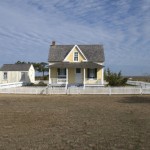 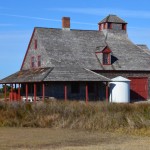 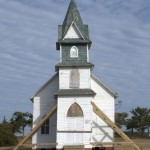 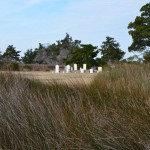 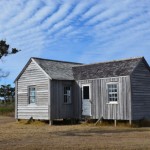 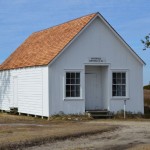 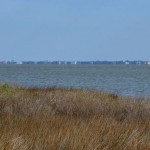 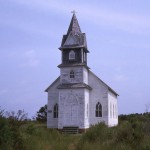 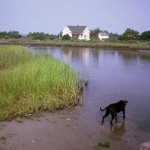 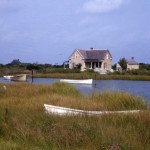