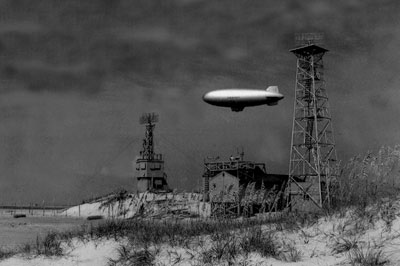 The Navy constructed a sizable military base on Ocracoke in 1942, part of the Navy’s successful effort to thwart submarine attacks. Many people know about the main base, located near the National Park Service Visitor Center and ferry terminal is today. Fewer are aware, however, of the installation on Loop Shack Hill; on the edge of what was then the “bald beach” (on what became known as Loop Shack Hill) the navy erected a radar tower, with communications buildings nearby. The installation had advanced listening, jamming, and radar equipment which gave them the ability to locate German U-boats that had managed to maneuver around the obstacles that had been set up: nets and floating mines. Loop Shack is where the Navy monitored an underwater anti-submarine magnetic cable and maintained sensitive communications with other military installations.

This magnetic cable, also known as an indicator loop, extended from Ocracoke to Buxton (where the Hatteras lighthouse is located) and it’s function was to track U-boats. The cable transmitted pulses to Loop Shack Hill, and those pulses signaled when a machine (a U-boat or ship) was in the area.

Originally the Loop Shack included a square wooden housing (with shuttered windows) mounted on the base. A metal grid-work tower rose above the house. Concrete communications buildings were located nearby. Today, only the fractured concrete base of the tower, an abandoned building, and the foundation and part of the wall of another building remain. If you explore this area, please be aware that there may be rusted metal landing mats (and other rusty metal remains) and also watch out for the local vegetation: sand spurs, prickly pears, and yucca plants (also known as Spanish Bayonets). 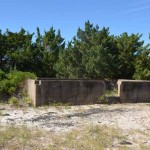 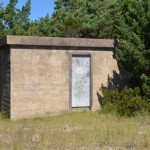 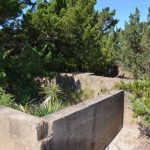 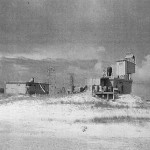 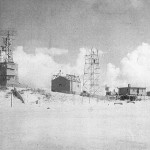 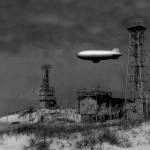 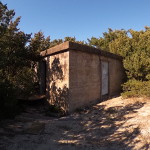 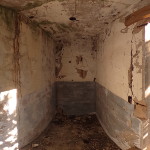 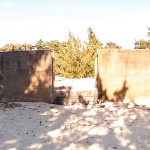 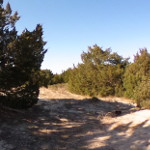 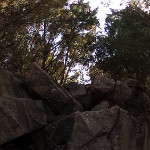 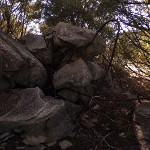