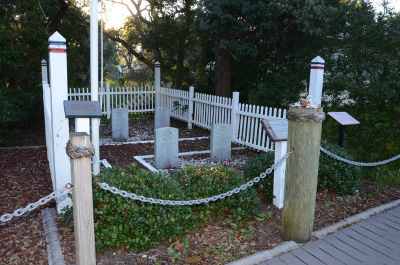 Tucked away from the main road and situated next to the historic Howard family graveyard is the British Cemetery. A British naval flag flies over this small graveyard which is the final resting place of four sailors from the HMS Bedfordshire, an armed trawler, that was torpedoed on May 11, 1942. The graveyard is leased to the British government as long as the sailors rest there.

In the early years of World War II, merchant ships sailing up and down the eastern seaboard were constantly harassed and sunk by German submarines. The U.S. Navy had no ships suited to anti-submarine patrol so Britain offered assistance. One of its ships, the HMS Bedfordshire, was struck by a German torpedo and sunk, resulting in the loss of its entire 34 man British crew. Over the next few days, island residents discovered four of the crewmen’s bodies on the beach and in surrounding waters. The people of Ocracoke arranged for a fitting burial in a small cemetery under the shade of ancient live oak trees. Originally, the cemetery was called the “Cunningham Cemetery.” Thomas Cunningham was one of the two sailors to be identified. The other two remain unidentified.

Today the graves are under the care of the Graveyard of the Atlantic Museum, the Commonwealth War Graves Commission, and the US Coast Guard.  Every spring, a memorial service is held to honor these and other brave sailors who served in WWII. Members of the British Royal Navy join the National Park Service, U.S. Coast Guard, visitors and Ocracoke residents to honor the service of the men buried here. Officers place wreaths on the graves and local citizens read the names of the dead. The sounding of “Taps” and a 21- gun salute conclude the services.

Around Creek Next Stop – Howard Cemetery 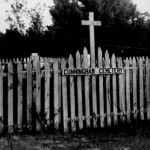 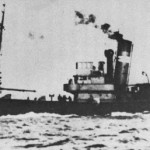 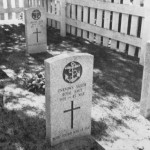 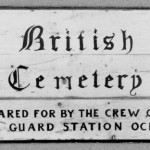 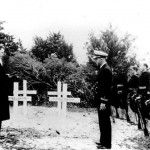 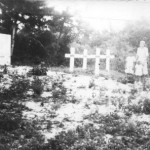 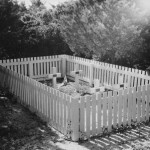 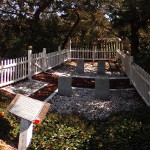 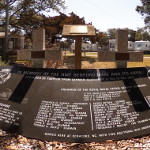